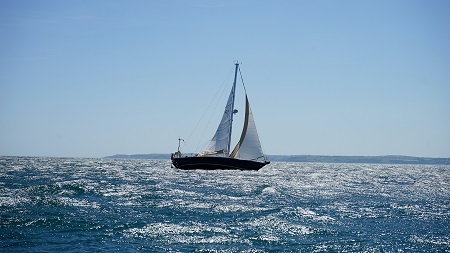 Immunity from Criminal Jurisdiction of Military Officers in Anti-Piracy Operations

An arbitral tribunal decided, in an award of 21 May 2020 in the so-called Enrica Lexie case, that India cannot try two Italian Marines accused of killing Indian fishermen, due to the immunity they enjoy under international law in their capacity as military personnel deployed on board an Italian merchant ship to ensure protection against piracy.

The two officers of the Italian Navy had been stationed on the Italian merchant ship Enrica Lexie, as a Vessel Protection Detachment in charge of the protection of the ship – in accordance with specific Italian legislation – in international maritime spaces at risk of piracy. In 2021, an incident occurred, in which the Marines shot at Indian fishermen that they apparently mistook for pirates. India arrested them and initiated criminal prosecution. Italy contended, inter alia, that India is not entitled to exercise jurisdiction as these members of its armed forces enjoyed immunity in relation to the acts at stake. The dispute was referred to an arbitral tribunal constituted under Annex VII of the United Nations Convention on the Law of the Sea (UNCLOS).

As regards the question of the immunity, the tribunal held, first, that it has jurisdiction to deal with it. Since the dispute was about which party may exercise jurisdiction over the Marines, their potential immunity – which would preclude Indian authorities from exercising their jurisdiction – was, according to the tribunal, an incidental question that formed an integral part of the tribunal’s task, even though the UNCLOS did not provide a basis for an independent immunity claim.

Turning to the applicability of the immunity, the tribunal found (i) that the Marines were State officials, (ii) that they acted in an official capacity since they were engaged in anti-piracy activities pursuant to a mandate from the Italian State, and since they were during the incident under an actual apprehension of a piracy threat, and (iii) that no “territorial tort” exception to the immunity could be applied in the case at hand. The tribunal concluded that the two Marines enjoy immunity under customary international law, therefore India cannot exercise its jurisdiction over them.

In terms of remedies, the tribunal took note of the commitment expressed by Italy during the proceedings to resume its criminal investigation into the events of 2012, and ruled that India must take the necessary steps to cease to exercise its criminal jurisdiction over the Marines, no other remedies being required.

Note that, aside from the immunity issue, the tribunal determined that, by interfering with the navigation of the Indian ship involved in the incident, Italy acted in breach of the freedom of navigation on the high seas, guaranteed in the UNCLOS. In the award, Italy was ordered to pay compensation to India in this respect.