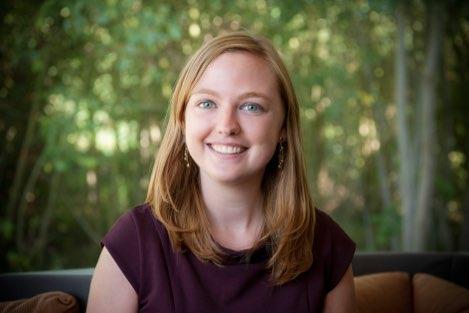 This contribution focuses on conversions of companies, associations and foundations.

If they have not done so before 1 January 2024, they will be automatically converted on that date, as follows:

However, the procedure for the conversion of companies as laid down in Book 14, Title 1, Chapter 2 of the CAC will not apply.

If you object to the proposed legal form, or if you want to take full advantage of one of the new legal forms under the CAC, you are of course always free to change the legal form of your company, association or foundation. This possibility was incorporated into in the new CAC and even significantly expanded.

It is of course advisable to avoid this automatic conversion and take the necessary steps (much) earlier to ensure you are in compliance.

To start with, the possibility of a national conversion of partnerships was incorporated into the CAC.

The management board is still required to draw up a statement of assets and liabilities. In addition, a report is still required from the statutory auditor, company auditor or external auditor in which they assess whether or not the net assets have been overvalued, and the management board is required to draw up a report in which it explains the conversion proposal.

The current rules regarding liability also continue to apply in the future.

However, a completely new element is the possibility for a cross-border conversion of companies. This was also necessary, given the introduction of the statutory rules on registered offices.

If the company wishes to transfer its registered office abroad, the management board must draw up a proposal for cross-border conversion, which is filed with the registrar and published in the Annexes to the Belgian Official Gazette. This publication triggers a waiting period of 2 months, during which the creditors can claim from the company a security or any other guarantee for their debt claims that exist but are not yet due at the time of publication. This request must be made in writing and at the same time to the company and the notary, on penalty of inadmissibility. The company may decline this claim by paying the amount of the claim at its value after applying the discount.

In addition, the management board must explain in a special report the proposal for cross-border conversion, its legal and economic reasons and consequences, and its consequences for the holders of shares and other securities, creditors and employees. A statement of assets and liabilities must be attached to this report which is not older than 4 months. The statutory auditor, company auditor or external auditor, as the case may be, will report on this statement and indicate in particular whether the net assets have been overvalued.

Ultimately, it is the general meeting that has to decide on the conversion. This decision can only be taken after the above-mentioned waiting period of 2 months. At least half of the capital or, if the company has no capital, half of the total number of issued shares, must be represented. The conversion must be decided by a special majority of four fifths of the votes cast.

The notary then issues a certificate attesting to the fact that all acts and formalities have been fulfilled. The company can only be de-registered from the Belgian register of legal entities upon presentation of the certificate of registration in the relevant register of the country to which the company relocates its registered office.

The intervention of a notary is also required for the cross-border conversion of a foreign company into a company governed by the CAC. Indeed, the latter must establish that the converting company has complied with all foreign regulations.

The deed of cross-border conversion and the articles of association are filed at the registrar at the same time and published in the Annex to the Belgian Official Gazette. The management board must also file a statement of assets and liabilities with the National Bank of Belgium, which reflects the company’s financial situation at the time of the conversion.

Here, too, the conversion must be carried out via an authenticated deed. In the same vein as for the conversion of partnerships, the management board has to draw up a special report, with a number of documents attached, namely the draft articles of association of the non-profit association/international non-profit association, the statement of assets and liabilities, and the report of the statutory auditor, company auditor or external auditor.

As was the case in the past with the conversion of a non-profit association into a partnership with a social purpose (VSO), it is still the case that this system cannot be used to facilitate distributions of the association’s net assets to the shareholders. However, the VSO is phased out in the new CAC, and will soon only be found as a modality of a cooperative partnership.

The existing rules from Articles 26bis to 26septies of the former non-profit associations law, and 668 to 669 of the former Companies Code, are incorporated. Here too, the intervention of a notary is required and a report of the management board, a statement of assets and liabilities and a report by the statutory auditor, company auditor or external auditor must be drawn up.

The conversion of associations

The conversion of foundations

The possibility of converting a foundation into a foundation of public utility is also retained. The existing rules from Article 44 of the former non-profit associations law are incorporated.

Here too, however, a separate arrangement is introduced for cross-border conversions, in view of the introduction of the statutory rules on registered offices.

We would be happy to look at the specific needs of your partnership, association or foundation together with you, so that you can make the best possible choice for a specific legal form in light of the new CAC.

It goes without saying that we recommend looking at this in the short term, and not waiting until the end of the transitional arrangement.

The next contribution will examine Book 15 – The European company.